Imagine my surprise when I arrived at 8am to early morning call to survey Mrs Hieter’s conservatory, for a new roof, to find two fire engines, and a police car outside her house both with their flashing blue lights illuminating the street.

She explained that her Grey cat Rupert, had become stuck on the conservatory roof overnight and was distressed especially as he hadn’t had a meal for twelve hours.

It appeared that the firemen were having difficulty with ladders as they couldn’t access the rear of the terrace as there was no back entrance. They were reluctant to enter onto the conservatory roof from the upper windows as this was dangerous because it was slippery with the overnight rain, and they were concerned that the roof could not support the weight of firemen.

I suggested that I could access the area safely close to the cat with the rope access equipment, which we use when undertaking work on conservatory roofs as it avoid the inconvenience and expense of scaffolding.

I put on my harness, secured the rope anchors to the double bed and exited through the window onto the conservatory roof with Rupert’s carry basked secured with Karabiners’ to my harness. It was very slippery but I was able to slowly edge towards Rupert and finally cuddle him up and place him in his carry basked which I lowered to the ground to complete the rescue.

The emergency services commented that I must have had a former life as a Monkey the ease that I climbed the roof and rescued the cat and they thanked me for my help which avoided them making a complex rescue. Rupert is happy now that he has had a meal, and is purring loudly cuddled up with Mrs Heiter. 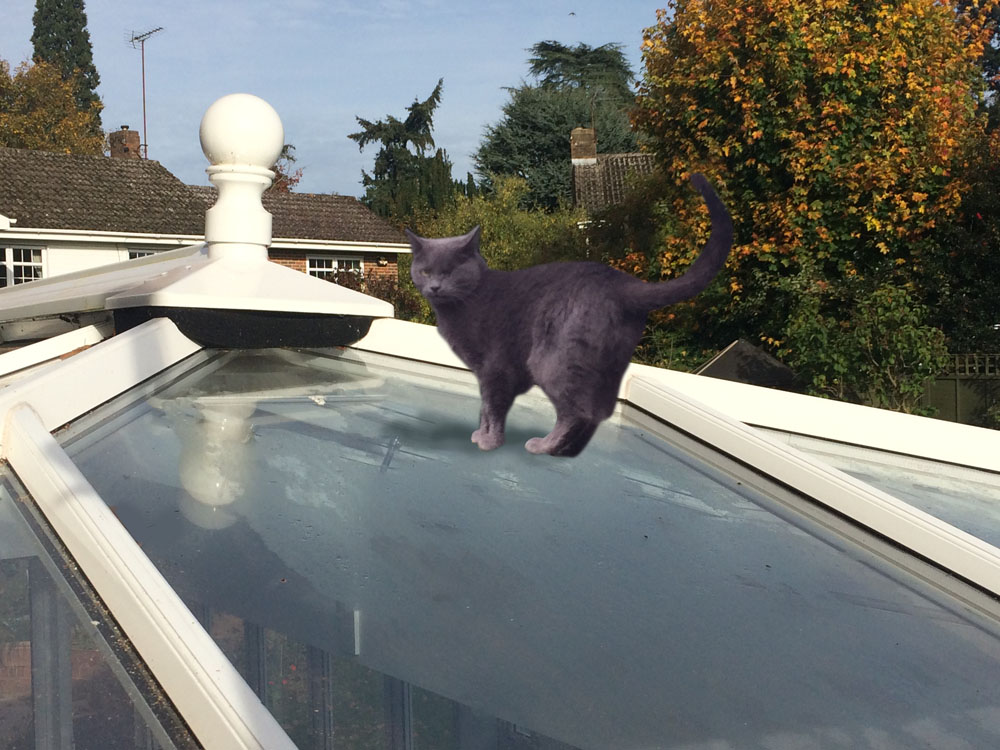 HTG’s David Anderson On The Road…